Peng Zhang is the founder of GeekPark which is the base camp of innovators in China. Peng Zhang has been working in the media industry for more than 15 years and started his own magazine Business Value in 2009. Peng Zhang has witnessed and experienced the growth and transformation of the IT industry in China.

His penetrating observation toward different Internet companies has made him to found GeekPark in 2010, which is aimed to enlightening innovators and promoting geek spirit through geekpark.net, regular conferences, events, and its top innovators' alliance.

His efforts have drawn amount of attention from the industry, the annual Innovation Awards has been viewed as Oscar Awards for new born technical products in mainland China; the annual GeekPark Innovation Festival in every January has become a ritual for geeks and innovators to celebrate in their own way.

Tesla founder Elon Musk, Google previous CEO Eric Schmidt and Co-founder of Apple Steve Wozniak have all participated in conferences GeekPark hold during the past years.

Peng Zhang also enjoys good friendship with many founders and CEOs of Internet enterprises, for instance, Lei Jun from XiaoMi, Robin Li from Baidu and etc. Peng Zhang has interviewed Steve Wozniak, the co-founder of Apple; Ray Kurzweil, the founder of Singularity University on stage and been reviewed as the most powerful geek in China by Wozniak. 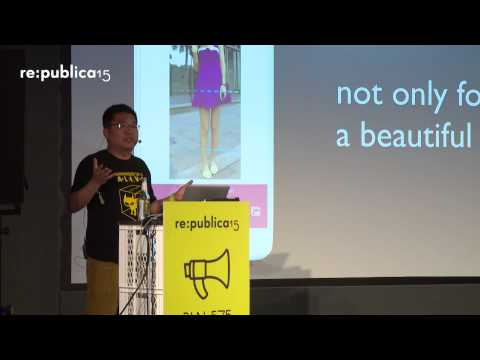 re:publica 2015
The Geek Culture In China