Boris Moshkovits is a freelance consultant and a digital strategist based in Berlin. He is the co-initiator of the event series d.day – currents of the digital age exploring major shifts and social change through digital innovation. In addition he is the co-curator of the Roundtable for Turkish-Jewish dialogue of the American Jewish Committee Germany, actively contributing to the mutual understanding of minorities in Germany.

Moshkovits has served as head of digital media for Ringier Publishing Germany (Cicero, Monopol, Literaturen). He was the project director of the Russian Jewish Museum in Moscow, which opened in fall 2012 and was awarded as "Best Museum Russia 2012" for its unique concept and digital exhibition emphasis. Between 2002 and 2006 he was publishing the international culture and trend magazine berliner, with contributors like Immanuel Wallerstein, Rupert Sheldrake, and Boris Groys. Prior to this he has worked as an editor and publisher in Milan, Moscow and New York.

re:publica 2015 - Working in the on-demand economy 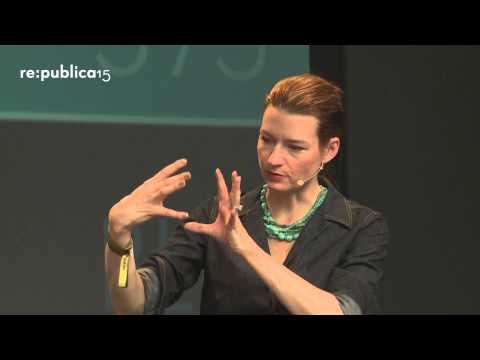 re:publica 2015
Working in the on-demand economy